TALK – someone wants to hear you

As another school year gets underway in an increasingly competitive world, spare a thought for teens who find themselves isolated, lonely, vulnerable and unable to share their deepest fears in the time of COVID-19.

Psychiatrist Dr Ulli Meys, who specialises in adolescent mental health at Akeso Kenilworth in Cape Town, says that in the last decade suicide has risen sharply among 15 to 18 year olds. “Every day we see patients who may feel suicidal, who have suicidal intent or who have attempted suicide.”

“Teenage suicide is highly complex. It is devastating and has profound consequences, leaving scars for generations. Tragically, there are few people available to treat adolescents who present with mental health issues. Few facilities offer specialised adolescent units and the outlook is fairly bleak as they are becoming fewer still. Furthermore, they are often not well resourced or easily accessible. Due to the specialised nature of adolescent care, a particular licence is required to treat minors – those under 18. In addition, not enough people are being trained,” he notes.

“There are multiple risk factors when it comes to teenage suicide,” comments Dr Meys. “The highest risk factor in adolescents is mental illness. Additional risk factors include a history of substance abuse and self-harming behaviour.

“Any individual who engages in self-harm is at higher risk of suicide. A large number of patients attempting suicide have self-harm scars on their bodies. Self-harm is often seen as a coping mechanism. The adolescent is overwhelmed by feelings and emotions and has to substitute emotional pain with physical pain as it is easier to bear. Another reason for self-harm could be self-punishment.

“Bullying, and nowadays, increasingly, cyber bullying, is another risk factor that can trigger distress and suicidal behaviour. It is therefore important to ascertain if the individual has been or is being overtly or covertly bullied.

“Family conflict, lack of support and a history of abuse and sexual abuse are also risk factors. In addition, a family history of suicide can be a factor.

“What makes suicide so complex is impulsivity. We live in a world of instant gratification where irreversible lethal attempts are sometimes made in an attempt to relieve pain or immediately escape a distressing situation. Adolescents are impulsive, even in play. They are also easily overwhelmed, making the matter more dangerous,” adds De la Rey.

Dr Meys says that teenage girls are four times more likely to attempt suicide than boys. “Boys, on the other hand, are four times more successful. Girls are more likely to overdose, which provides a window of opportunity and this means you can still treat them as it is not always lethal. This however does not mean that vigilance is not all important.

“Boys tend to remain quiet and it is quite rare for boys and men to talk about their feelings. Unfortunately boys tend to use more violent and more lethal means of killing themselves. In addition males are less prone to speak about their emotional difficulties making it more difficult to recognise their distress.

According to De la Rey, numerous studies have shown that early intervention is key. In instances where teenagers attempt suicide screening it is important to establish any underlying mental illness and what stressors and risk factors are present.

“While teenagers want to demonstrate their independence it is important for parents to keep the door open at all times – they should be accessible and make themselves available. If parents notice a change in behaviour it is important to engage and see a general practitioner as a first step.

“Get the adolescent screened so that a diagnosis can be made. This will result in immediate relief as the child feels heard. If one looks at anti-depressants and treating mental illness it needs to be a broad, balanced approach including therapy and medication. It takes two to four weeks for anti-depressants to work and even if the patient feels better after two months, the medication should be continued for at least six months. If medication is stopped too soon there will be a relapse. More importantly, regular follow-ups are mandatory,” explains Dr Meys.

He says the assessment of suicidality in individuals is highly complex. “Many adolescents may have fleeting suicidal thoughts while some are having what we call suicidal intentions. It is therefore imperative to determine where the individual falls on the scale.

“Anyone who attempts suicide, serious or not, requires an assessment and intervention. If they have to go to that length to be heard, they have problems that need to be addressed. They are clearly not talking about their problems. Most teenagers who attempt suicide have tried before and they must be acknowledged and helped. It is important to build in a safety net for them and it is vital that we recognise and treat the underlying problems.

“If we want to address teen suicide we need to identify mental illness. Often general practitioners, paediatricians and school counsellors may be the first port of call. While seeking further professional help is challenging in these difficult financial times, it is of great importance,” notes Dr Meys.

Teen suicide and the pressures of COVID-19

For many adolescents the pressures of COVID-19 came at a time when teen suicides were already at an all-time high. While South African statistics are often lagging, data released late last year by the Center for Disease Control and Prevention in the United States of America indicated suicide is the second leading cause of death among people aged 10-24, after accidents.

In referring to an article by Takanao Tanaka & Shohei Okamoto published in the January 2021 edition of Nature Human Behaviour, Dr Meys notes that teen suicide can be anything from the second, fourth and fifth most significant cause of death, depending on where in the world you are, and whether your country of residence is in the developed or undeveloped world. In Japan, according to the article, there has been an increase in suicide following an initial decline during the COVID-19 pandemic.

The Nature article, which uses a difference-in-difference estimation, indicates that monthly suicide rates declined by 14% during the first five months, from February to June 2020, of the pandemic. This is attributed to a number of complex reasons, including the government of Japan’s generous subsidies, reduced working hours and school closure. However, by contrast, “monthly suicide rates increased by 16% during the second wave (July to October 2020), with a larger increase among females (37%) and children and adolescents (49%).”

De la Rey believes that social distancing and isolation could make matters worse for young people. “In the teenage years friends are often closer than family; that is not unusual and is a totally natural part of the developmental cycle. The social distancing required during COVID-19 does not help when you cannot see your friends, participate in sport or engage with your teachers. As it is, many teenagers already feel isolated and being cooped up at home does not help.”

“At this stage everyone feels a little isolated, and it has been very tough for everybody – even for those who have never experienced any sign of depression. Some of our young patients, in fact, had no clue as to why they were depressed.

“But, just put yourself in the shoes of teens in 2020 or 2021. There has been a twelve-year build-up to the final school year for matric students, for example. Everyone has fought hard to get to that end goal, and now many of these special milestones are being taken away. From finally joining the first rugby or netball team to the matric dance, that final camp, the last day of school – now suddenly you cannot experience any of those things you have worked towards,” says De la Rey.

“All suicide threats or indications should be taken seriously and acted upon to keep safe. There is no shame in seeking assistance and it is certainly better to be safe than sorry in such cases. Reaching out for professional help to support a young person who may be in danger of harming themselves can avert tragedy and save lives. Talk, someone wants to hear you,” encourages De la Rey.

Out-patient psychologist and occupational therapist consultations can be booked via www.copetherapy.co.za and psychiatrist consultations through Netcare appointmed™, online at www.netcareappointmed.co.za or by calling 0861 555 565. The COPE Therapy website www.copetherapy.co.za also contains many useful blog posts on various issues and tips relating to mental health.

A Call Out to Schools to Support an Important Cause 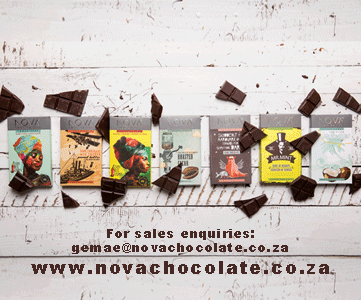